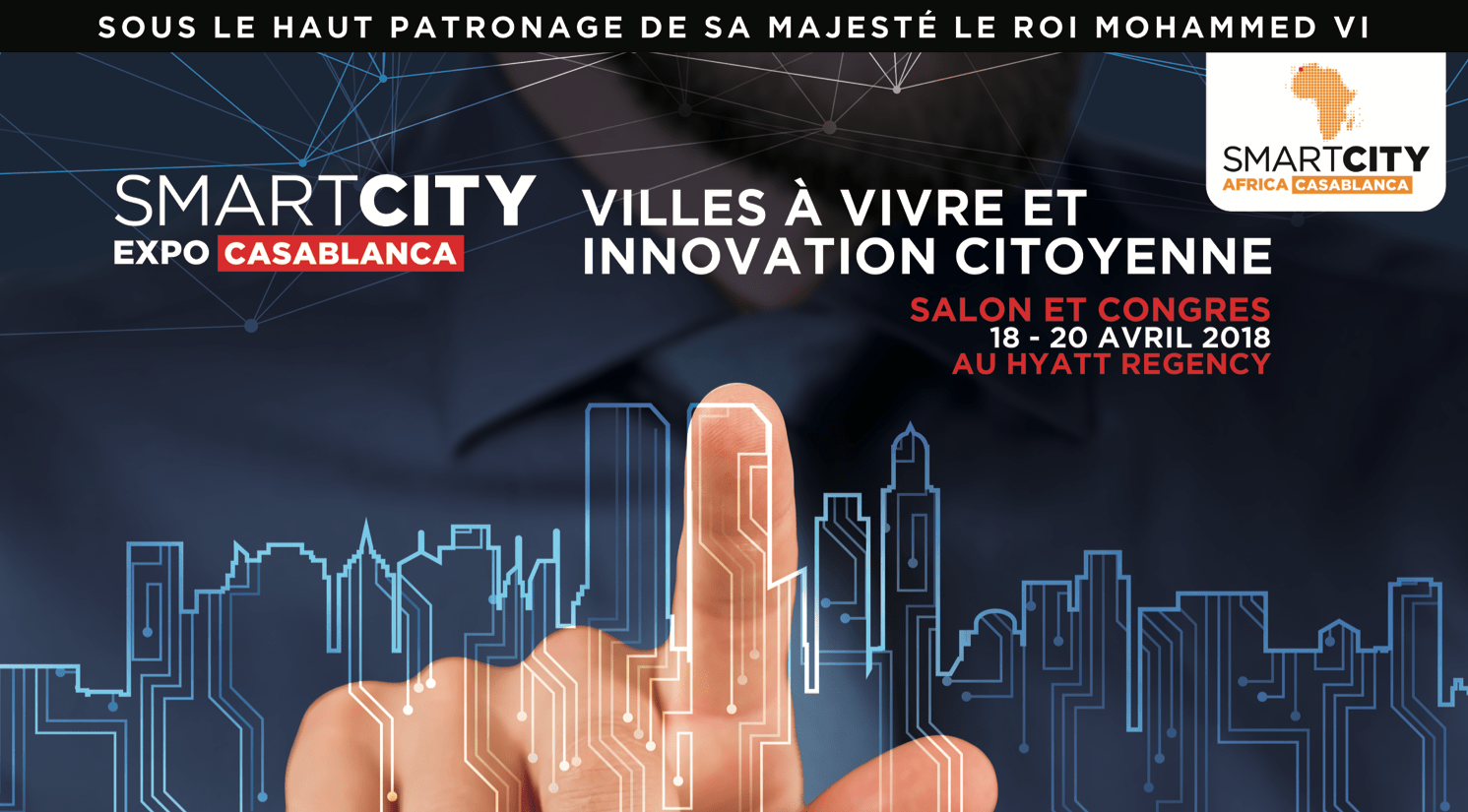 Smart City Africa Casablanca is an event that is an integral which enters completely into the framework of wecasablanca attractiveness approach with the main objective of making Casablanca a real platform for exchange at national and international level.

Smart City Africa Casablanca targets several type of people, the Smart City Expo Casablanca, aimed at professionals with an exhibiton area and a conference to discuss Smart Cities in Africa, and Smart City Connect Casablanca, a set of public projects to challenge the citizens (Créathon, Hackathon and photo exhibition).

This third edition, is honored by His Majesty’s High Patronage, and was held from April 18 to 22, 2018 in several places in the city with the main theme “ Liveable cities and urban social innovation » or how technology, urban development and collaborative projects enhance the quality of life and the ability of citizens to benefit from infrastructure and public spaces?

Smart City Expo Casablanca has participated effectively in the national, regional and international influence of the metropolis. All key indicators of the event are up from previous editions. 6000 participants, 128 journalists, 200 representatives from cities and regions, 25 nationalities and 40 participating cities. Shanghai, hosted city, was represented by a delegation of more than 60 people. Large delegations also took part in the event with the region of Laayoune, Ouagadougou, Dakar, Abidjan, Bamako, Libreville, Bandung, Chicago, Mulhouse, Toulouse, Tomsk Region in Russia, the think thank sustainable city of Medef International …

Casablanca was able to present its various Smart City projects, including major development projects of the « Plan de développelent du Grand Casablanca » that will be delivered this year, the Digital Transformation Master Plan, the stores and applications developed (Casa Store, Casa Break …), the Development Plan of the Prefectural Council, the geo-portal of the Ain Chock Prefecture and the study “Casablanca Horizon 2030, affirmation of a smart and sustainable metropolis”.

The exhition area showcases the Smart City ecosystem with more than 60 exhibitors and partners present, there was also the village sponsored by Wecasablanca where Moroccan startups and TPEs were able to present their know-how and participate in the conference cycles of the agora set up in the exhibition area.