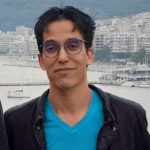 Pr. Mohamed Youssfi was born in 1970 at Ouarzazate, Morocco. He received his PhD (Doctorat de 3ème cycle ) from The Mohammed V University of Rabat, Morocco in 1996 in Computer Science and his PhD ( Doctorat d’Etat ) from The Mohammed V University of Rabat, Morocco in 2015 in Parallel and Distributed Systems. He serves as Professor Researcher in Department of Mathematics and Computer Science, ENSET, Hassan II University of Casablanca since 1996. He is particularly known for its academic productions, in the software engineering domain, shared on his Youtube video channel http://youtube.com/mohamedYoussfi . More than 200 videos in sofware ingeneering and distributed systems domains, are shared in his channel. He has more than 60 scientific publications regarding in various domains of Computational Intelligence as Parallel and Distributed Systems, Parallel Architectures, Multi Agent Systems, Web Semantic, High Performance Computing, Big data and Machines Learning. Some of his scientific productions are shared in researchgate at: http://www.researchgate.net/profile/Youssfi_Mohamed/publications .

Clash of Clans APK for Android